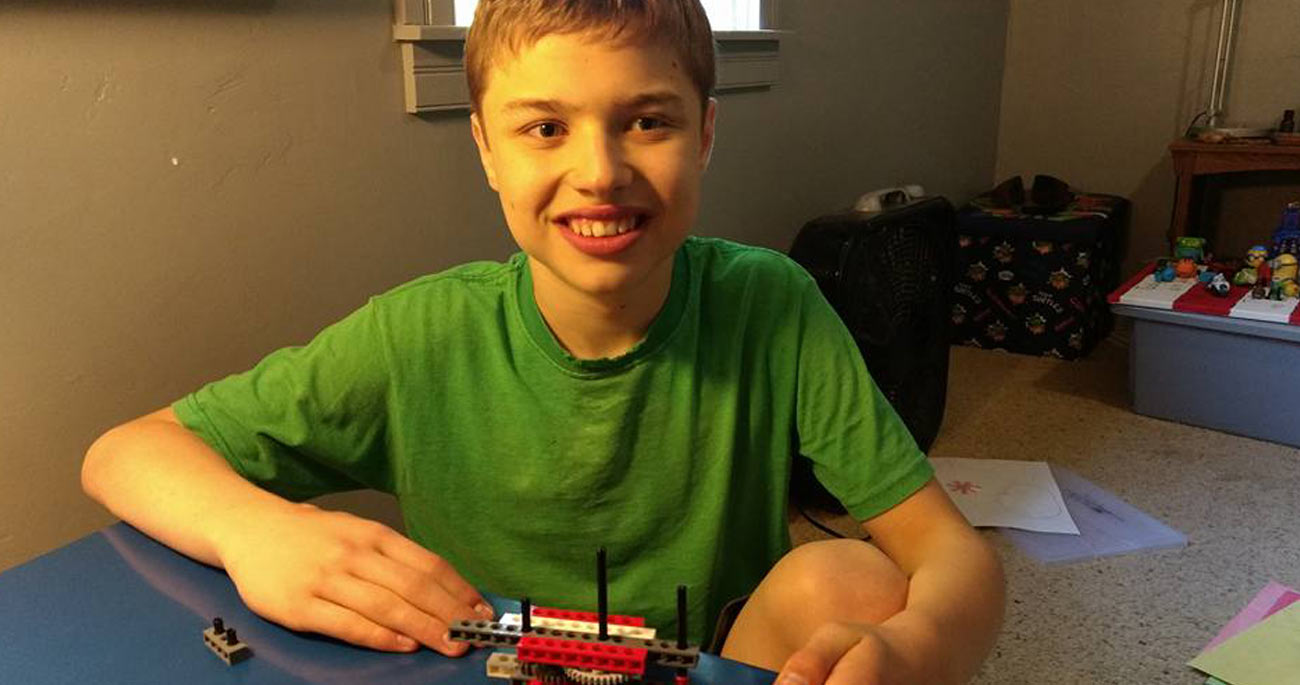 Organizing Your Child’s Brain Through Crawling And Creeping

© Article, images, videos and all other material courtesy of parentingspecialneeds.org
By Matthew Newell

When I first met Benjamin Thompson, he was struggling with echolalia (unsolicited repetition of vocalizations), extreme hyperactivity, self-biting, and poor eating and sleep habits. He had been diagnosed with autism, and his parents, Molly and Abraham, were struggling to reconcile the various, and sometimes competing, recommendations of countless doctors and therapists. Through conventional medication and therapy approaches, Ben was not showing signs of improvement. Molly and Abraham feared Ben would not be able to take care of himself once they were no longer able to provide care later in life. 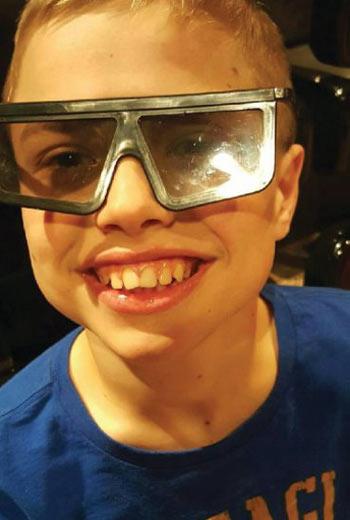 The parents were facing challenges most families experience when raising a child with a special needs diagnosis. It is common to lose hope. Parents spend countless hours driving their children to doctor visits and therapy appointments, but never truly feel “in the driver’s seat.”

Why Crawling and Creeping Are So Important

When the now-12-year-old Ben first came to our Center two years ago, we did not see a hopeless child; we saw parents in need of understanding their child and a plan to help him develop. After learning more about Ben and his parents, together we created a plan that initially focused physiologically on his health and nutrition; his oversensitive sensory pathways; and how to organize his brain stem through physical activities. To this end, we helped his parents teach Ben to crawl on his belly, which develops the Pons (part of the brainstem that links the medulla oblongata and the thalamus). We also showed them how to teach Ben to creep on his hands and knees, to support the development of the Midbrain. 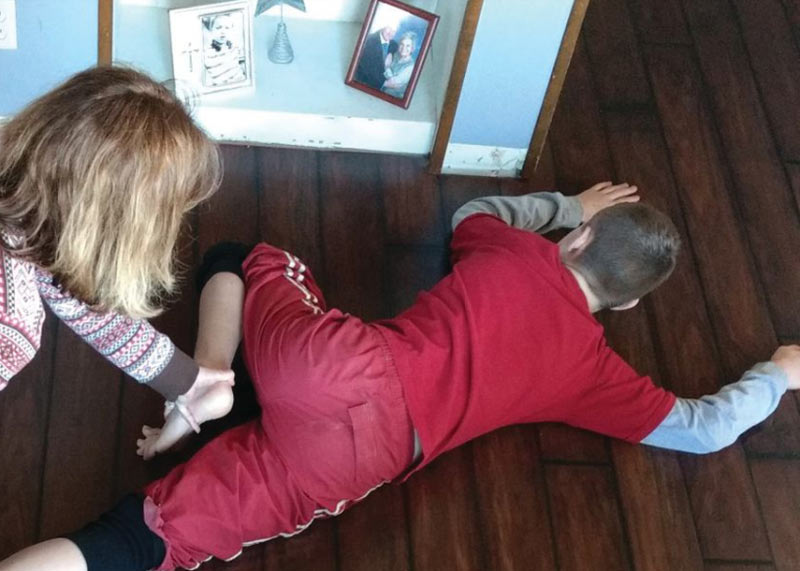 Crawling and creeping are important developmental milestones for a child at any age. These normal developmental activities which babies often breeze through, are vital to improve neurological abilities such as: focus and concentration; visual tracking and convergence; and the ability to understand abstract concepts of time, distance and space. Babies begin to move by using their primary reflexes. Then, they learn to crawl on their stomach and later gain the ability to creep. During this process, they develop physically and mentally. Without mastering these developmental milestones, children will not progress developmentally. Although Ben was a pre-teen, it was time for him to go back to the basics to properly develop the vital foundational levels of his brain. That’s why when Ben began to crawl and creep, we quickly began to see improvements in his conditions. 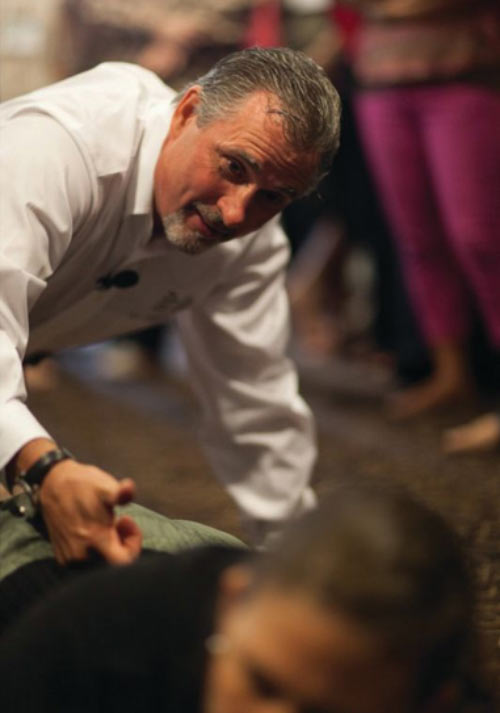 It Is All About the Brain

We’ve seen children improve their vision and ability to chew food as well as maintain bladder control. We’ve also witnessed children sleep better, stop drooling and improve reading skills. Some children have even learned to walk on their own after months of crawling and creeping therapy. We saw lots of exceptional changes with Ben. His reading skills improved dramatically. He began to better understand the world around him. He became much more coordinated, and even learned to ride his bike … independently. Molly and Abraham were particularly thrilled with Ben’s improvement during meals. Before his crawling and creeping therapy, Ben — at 10 years old —had no understanding of how to chew with his mouth closed or use utensils. He preferred to use his hands and overstuff his mouth with food. Ben didn’t want to eat with his family. He refused to stay at the table and created huge messes. When he started crawling and creeping, his table manners quickly improved. He began chewing with his mouth closed, using utensils and sitting still during meals. Most importantly, for the first time in 10 years the Thompsons could enjoy a meal as a family. Ben is much happier now and is integrating very well into his family. Of course, each child is different. There is no universal path to developmental improvement. How much time a child spends crawling and creeping and how they execute these techniques all depend on his or her condition and developmental level. Crawling and creeping are not the only things that help a child’s development improve, but these two vital activities serve as therapeutic building blocks to increase the speed of neurological development and as indicators for future therapy strategies. We have seen thousands of children like Ben, who no longer struggle from a wide variety of symptoms, start with proper crawling and creeping. For many children diagnosed with special needs, it’s all about the brain … not the legs, eyes or mouth. It’s about root causes, not symptoms. This healing process takes commitment. But in the long term, as Ben’s parents found, it pays the most wonderful dividends.

Matthew Newell is the founder and director of The Family Hope Center. The Family Hope Center, an international center dedicated to the development of children diagnosed with special needs and developmental delays, provides parents and families with knowledge and resources to achieve an optimal level of function and quality of life for their child.

© Article, images, videos and all other material courtesy of parentingspecialneeds.org