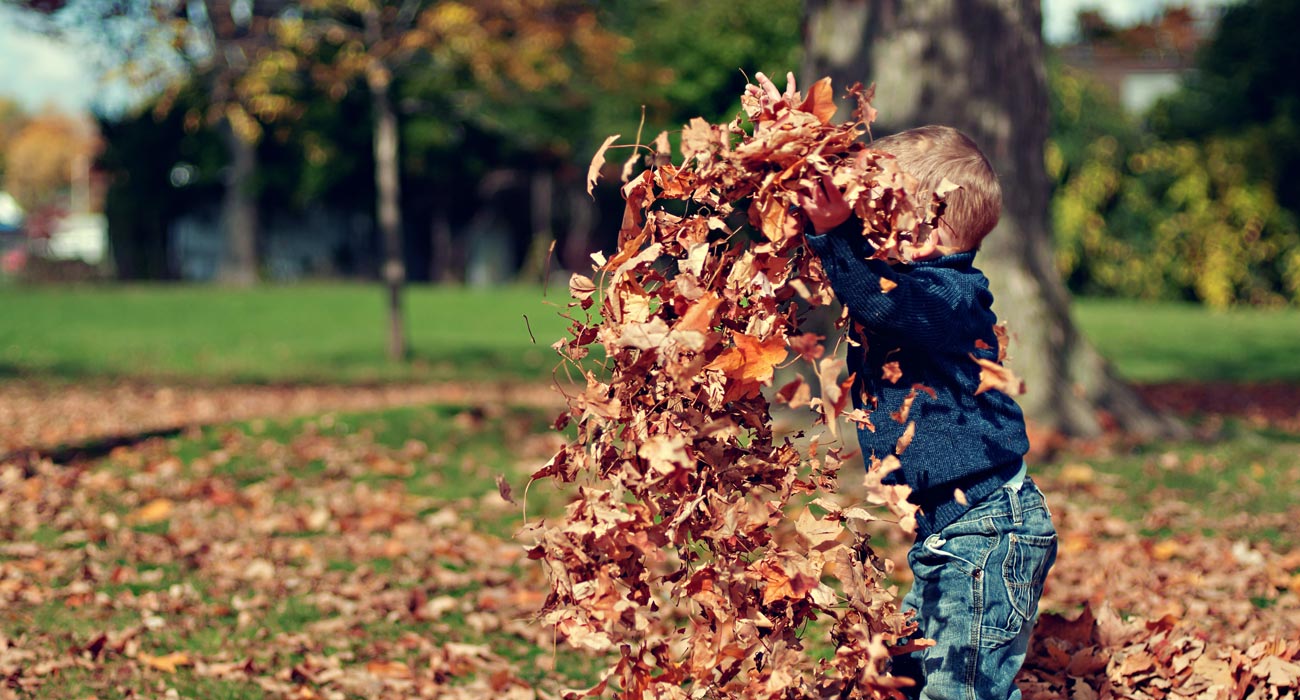 © Article, images, videos and all other material courtesy of Calameo

Do electronics help or harm my child with autism?

BY MATTHEW NEWELL, FOUNDER AND DIRECTOR OF THE FAMILY HOPE CENTER

Remember road trips when you were  a kid? Your family drove for what  felt like dozens of hours and you probably spent the time looking out the window, reading a book, or maybe playing the license plate game.

Now picture the road trips you take with your family today How much of that trip do your kids spend staring at an electronic screen?

This is just one tiny example of how electronics have upended modern parenting.

Screens are the mainstay of modern communication, and we often find ourselves moving from one platform to another hoping for more speed and connectivity to the world around us.

We often mistake a child’s “quiet” concentration on an electronic device for downtime, a period of rest.

Unquestionably, electronics are an inescapable part of our culture.

For many modern parents, digital screens—television, video games, tablets, smartphones , or computers—have become a handy tool for placating children who are anxious, unhappy, or simply bored. But the profusion of devices in our culture may not be a good thing when it comes to cognitive development—especially for children with autism.

From the earliest months of life, children nowadays are hyper-stimulated by toys that use sound effects and bright lights.  Even some companies with educational missions support the exposure of our children to electronics—from devices that dangle a tablet above a sleeping child’s crib to potty-training With an IPad that encourages toddlers to distract themselves while learning an important biological function. This trend may be having an adverse effect. A recent study by TARGet Kids!, a practice- based research network in Toronto, revealed the more time children between the of six months and two years spent using handheld screens, the more likely they were to experience speech delays. The research showed 20 percent of these very young children spent an average of 28 minutes a day using handheld devices. Every 30-minute increase in dally screen time was linked to a 49 percent increased risk of what the researchers call “expressive speech delay”.

The American Academy of Pediatrics says children are spending an average of seven hours a day on entertainment media, including televisions, computers, phones and other electronic devices. (Note that this is seven hours spent on entertainment, not required school work; many schools now use electronics in their educational curriculum as early as pre-K.) Now, some time in front of a television or tablet undoubtedly can be useful in child-rearing. Watching a good movie or sporting event with your child as an occasional reward or to illustrate an educational concept can help build bonds and strengthen connections. Sadly, though, tools too often are used as a way to simply placate or entertain children. We may turn to electronic devices with the best intentions—to quiet a child In a restaurant, distract a child during dinner preparation, or entertain a child on a car ride. We forgive ourselves when what we intended to be a few minutes of “table time” turns Into hours. Moreover, we often mistake a child’s “quiet’ concentration on an electronic device for downtime, a period of rest. But this apparent downtime is not restful at all. It stimulates the brain in a way that is harmful for children, especially children with autism.

Let’s look at the brain and the effects of screen time on this complex mechanism. The limbic brain, which sits just below the cortex and above the thalamus, is responsible, among other things, for all basic emotions, integrating experiences, short-term memory, and subconscious and conscious attributes toward food and sexuality. The limbic brain links directly to the frontal brain, which is responsible in part for decoding and comprehending social interactions. It is the “thinking” part of the brain that helps us take In nonverbal information while conversing with others and allows us to merge the hundreds of unspoken signs — facial expression, tone of voice, social behaviors, etc.—into a cohesive, organized experience. In other words, it allows us to adapt instantaneously, on the fly, in social situations.

Dopamine is released into the brain’s reward circuits in response to any positive stimulus. Dopamine-based exhilaration is a vital experience , at least partially responsible for just about any feeling of pleasure. A hug, a kiss, a word of praise, or having a fun experience will trigger a dopamine spike. And these dopamine releases can feel addictive.

However, following this law of neurological cause and reflect, when every swipe on a device brings about an immediate reaction of colors, shapes, and sounds, a child’s brain responds quickly and happily with a burst of dopamine. When a child experiences this response pattern again and again, they will learn to prefer this screen-style interaction–with its immediate gratification–over human interaction. This pattern mimics, in a less intense manner, the dangerous cycle psychologists and physicians regularly see in patients with drug and alcohol addictions.

Electronic devices are even more alluring for children with autism than for typically developing children. The straightforward cause-and-effect structure of computer games makes them more predictable and easier to navigate than complex social interactions. Screens offer children with autism the sense of mastery and control that so often eludes them in other situations.

Although electronics provide more predictability than social and interpersonal interactions–a feeling desired by all children but especially by those with a learning disability–electronics do not provide the human touch, variable interaction, interpersonal learning, or group laughter and play.

So what does too much screen time do to our children’s developing brains?
To answer that question, we must look at how a child’s brain develops. Not surprisingly, the most crucial stage is in early childhood, the same critical period during which authentic human interactions are a necessity. If a young child is spending their time in front of an iPad instead of chatting and playing with parents, teachers, or other children, empathetic abilities–the near-instinctive way most neurological people can read situations and get a feel for other people–may not develop properly.

Although electronics provide more predictability than social and interpersonal interactions–a feeling desired by all children but especially by those with a learning disability–electronics do not provide the human touch , variable interaction, interpersonal learning, or grouped laughter and play. Children on the autism spectrum already are compromised in these areas of the brain; electronics will compound their difficulties.

In addition, the LED backlighting of electronic devices disrupts optic neurons linked to the glands that produce the hormone melatonin, which is necessary for sleep. Thus, excessive use of electronics may negatively impact a child’s sleep cycle. A disrupted sleep cycle can cause a child to become more aggressive, hindering the development of social skills. It also impairs the ability to focus. Over the long term, this may reinforce a cycle of disconnection.

HOW MUCH IS TO MUCH?

With a device’s busy, blinking screen, bright colors, and quick movements, it’s very easy for children with autism to become even more overwhelmed and stop processing what they are hearing and seeing. This neurological phenomenon is known as sensory overload, and it works against healthy cognitive development.

It’s important for us as parents to monitor not only the amount of time children spend watching screens, but also how they react to their devices. When a child is watching a TV show or playing a game, parents can detect if their child is experiencing overstimulation. The signs include irritability, shakiness, and restlessness. A child giving you a particularly difficult time when you take away their device may be experiencing this phenomenon.

At the Family Hope Center, we’ve seen many children resort to desperate and dramatic behavior to get their hands on electronics. To feel that euphoria. To exercise that control. We have developed a practical, scientific approach to help parents establish a healthier balance for their children.

YOU HAVE THE POWER TO HELP YOUR CHILD

Let’s first step back and consider how we grew up. We didn’t need screens in order to develop. Neither does your child. And it’s never too late to modify your behavior and your child’s behavior and get them back on track.

The first step in helping to break screen reliance is to “walk the walk” by modeling screen-free behavior. If you’re glued to your device–even if it is only for job purposes–your child will want to mimic you. Be conscious of the time you spend on your devices when you are with your child; they are paying attention, even if you think they aren’t.

Next, begin limiting the amount of time your child spends watching a screen. Set up concrete boundaries and even think about making “sun time” and screen time a two-to-one ratio. This can immediately being to redirect the brain–although some withdrawal will occur (even more reason to be diligent).

A SIMPLE SCHEDULE IS A POWERFUL TOOL

You should also set parameters for device use, such as only allowing screen time for an hour before dinner. This regimented approach will help a child learn self-control by allotting a specific amount of time to spend with electronics devices per day. When time’s up, time’s up. Replace the device with interactive play, building toys, books, doing chores together, playing sports, and just getting outside.

Social activity and exploration allow a child to learn about the world through their five senses. Interpersonal experiences will give your child new information that they must learn to process. The lessons learned through these experiences–free from sensory overload–are more easily retained and aid a child in their development.

Self-discipline now is what your child needs for their future. Battles for screen time may ensue. Stay strong, and be confident in your decision to put your child on the most natural, most direct pathway to positive brain development, ultimately raising a socially satisfied child.

At the Family Hope Center, we know parents of struggling children are the embodiment of resilience and strength. We see parents from around the world who feel helpless about their children’s future until they they recognize the true impact they can have on their children’s development. With the right plan and support, you can make the biggest positive impact on your family’s future.