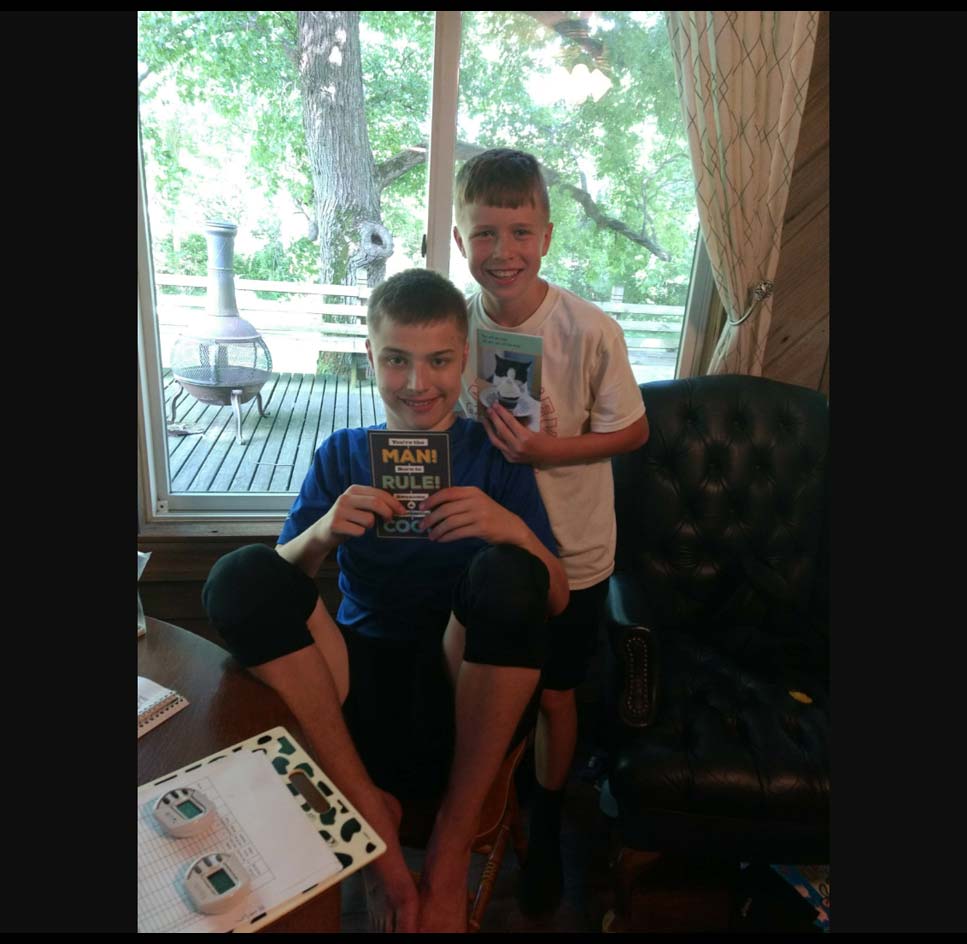 Accept the Challenge and Trust

Are you familiar with the bible story of Jesus feeding 5,000 people with 5 loaves of bread and 2 fish?

MK 6:34-44
When Jesus saw the vast crowd, his heart was moved with pity for them,
for they were like sheep without a shepherd;
and he began to teach them many things.
By now it was already late and his disciples approached him and said,
“This is a deserted place and it is already very late.
Dismiss them so that they can go
to the surrounding farms and villages
and buy themselves something to eat.”
He said to them in reply,
“Give them some food yourselves.”
But they said to him,
“Are we to buy two hundred days’ wages worth of food
and give it to them to eat?”
He asked them, “How many loaves do you have? Go and see.”
And when they had found out they said,
“Five loaves and two fish.”

At the beginning of the story Jesus sees how lost and misguided the congregation was and teaches them many things.

I once felt very lost and misguided within the special needs system and was desperately seeking answers for what was causing my son’s chronic, complex symptoms of autism.

I was aimlessly drifting from one specialist to the next, and Ben was getting older which somewhat mirrors the situation for the disciples.

For us, Ben was getting older, the behaviors were harder to manage and the sense of urgency and uncertainty we felt was increasing with each year!

When Jesus says, “Go feed them yourselves” the disciples’ distrust immediately surfaces at Jesus’ request and their sense of urgency and uncertainty emerges.

They say to Jesus that will take 200 day’s wages! You can’t expect us to sacrifice that or assume it’s even possible for us to feed that many people!

As the years went by my frustrations increased and was constantly asking God, “Why!” Often times, I was yelling at God, “Why can’t we go places without meltdowns. Why won’t he sleep! Why does he constantly seek screens? Why do I constantly have to bribe him to learn or do things for himself? Why doesn’t he want to help me or his family?”

I was constantly asking God, “Why?!”

When I began learning about a comprehensive neurological approach, I was even more frustrated and overwhelmed!

I was extremely reluctant to invest in a comprehensive neurological approach! Because after 9 years of speech, behavioral, occupational, physical, and play therapies, I had little to show for the time and money spent. But investing the money and time wasn’t really what overwhelmed me. What consumed me was our family would have to reevaluate our priorities and mindset.

The changes would focus on physiological growth to wellness. The changes would require us to dramatically change our diet, devote 4-6 hours/day for respiration, smells, integration of reflexes, creeping, crawling, eliminate screen time, and other protocols for gut and brain health.

5 years ago, our son was 11 years old. He had done 9 years of therapies and was still very low functioning and struggling greatly with becoming remotely independent.

I was driving all over the state of Indiana. To that psychiatrist, to this developmental pediatrician, to that speech/behavioral therapist to this and that university, to that occupational therapist, etc.

At 11 years old, Ben wasn’t sleeping, he wasn’t bathing himself, there was no internal drive to learn. To do the simplest of tasks, Ben was only motivated to comply if offered a treat or screen time. He was absolutely fixated about screens and had zero ability to follow directions or be disciplined.

In addition to all that, Ben’s gut was significantly compromised as was his auditory pathway and his ability to understand abstract concepts, like time, space, and sequence. He had no capacity to remember or understand rules or consequences. So for many years, I prayed for a miracle.

I think God heard my prayer, but he had a different approach to providing me with peace and resolve.

I believe God has always had a plan B for when the brain or body is struggling. I believe that God designed a systematic approach to restoring the brain, for all of us to know the power of God is within us all if we accept the challenges involved and trust in His process.

5 years ago, I remember thinking it was too late for Ben. He was 11 years old and I was told early intervention is when the brain is most receptive. So now that Ben was 11 years old, the future looked dim.

Nothing improved during Ben’s early development years nor the years leading into 6th grade. He was functioning at a 3 year old level and he was 11 years old.

There just had to be a better way, but who was I to question medical and educational professionals? I’m just Ben’s mom. What do I know? We had wrestled with electrodes, paid out of pocket for procedures and scans, experimented with medications, and still Ben’s brain was functioning at a 3 year old level at 11 years old.

So he (Jesus) gave orders to have them sit down in groups on the green grass.
The people took their places in rows by hundreds and by fifties.
Then, taking the five loaves and the two fish and looking up to heaven,
he said the blessing, broke the loaves, and gave them to his disciples
to set before the people;
he also divided the two fish among them all.
They all ate and were satisfied.
And they picked up twelve wicker baskets full of fragments
and what was left of the fish.
Those who ate of the loaves were five thousand men.

I believe when one is faced with a challenge, it’s for a reason.

What did the disciples do? They followed Jesus’ directions. They looked at what they had. They invited the people to sit. They did as the were told, and used what was given to them, and learned to trust Jesus.

Accepting a challenge of a comprehensive neurological approach requires using evidence-based science that requires consistent work day in and day out and trusting the process.

I don’t know what the final outcome of implementing a comprehensive neurological program will be for our family or others.

I do know my family’s priorities have changed for the better and we are stronger in love and resolve.

As a family we accepted the challenge of implementing a evidence-based comprehensive neurological plan and through the years have seen growth in both Ben and ourselves.

What has been most enjoyable is watching Ben understand the world around him. Below is a video done in Nov 2018, where Ben is starting to understand the concept of money.

Now 2 years later, Ben understands how to balance his checkbook. His goal is to make at least 10 entries in a check/debit card register with both debits and credits with 100% accuracy by his next ACR with no more than 3 prompts.

In the last 5 years of a comprehensive neurological approach some of Ben’s biggest achievements has been independently bathing, reading graphic novels, sleeping 8 hours, writing stories, and playing games with his siblings.

Ben is 16. (Picture taken July 18, 2019) Ben has on his kneepads, so I’m sure he took a break from belly crawling to open his birthday card sent in the mail.

All of those goals emerged, because Ben’s brain was developing in a systematic way and his brain could deliver and receive the information appropriately as opposed to therapies that just cope & manage the symptoms.

Looking back over Ben’s videos, I came across a video showing the emergence of Ben becoming interested in playing games. This video was done in June 2018.

Now, 2 years later, Ben still isn’t requesting to play games with family. He plays them, but I haven’t seen true enjoyment from it. It’s more like a duty and he doesn’t strategize or care if he loses or wins. Hopefully, that will change. So, we continue to trust the process.

Below is a video explaining how this bible story can strengthen anyone’s resolve no matter the challenge and is what inspired me to write this post.